The London & North Eastern Railway was one of Britain’s ‘big four’ railway companies, created by the 1923 Grouping of smaller companies on a geographical basis.

The ‘big four’ formed Britain’s railway system through the difficult 1920s, 1930s and World War II, until they were nationalized in 1948.

Coal and heavy industrial goods traffics were the inherited economic basis of the LNER.

Nevertheless, it pioneered the development of magnificent passenger trains, particularly on its East Coast Main Line, where the ‘Flying Scotsman’ was followed by the ‘Silver Jubilee’, ‘Coronation’ and ‘West Riding Limited’ streamlined expresses.

Then, in addition, there were the Pullman trains and East Anglian boat trains.

The LNER was a very large business organisation employing well over 200,000 people in 1923. As well as operating services over 6,500 miles of track, it had interests in shipping, hotels, motor transport and many other ancillary activities.

The company produced many iconic locomotive classes such as the A3 and A4 Pacifics, together with the V2 2-6-2s and latterly the maid-of-all-work, introduced in 1942, the B1 4-6-0s. 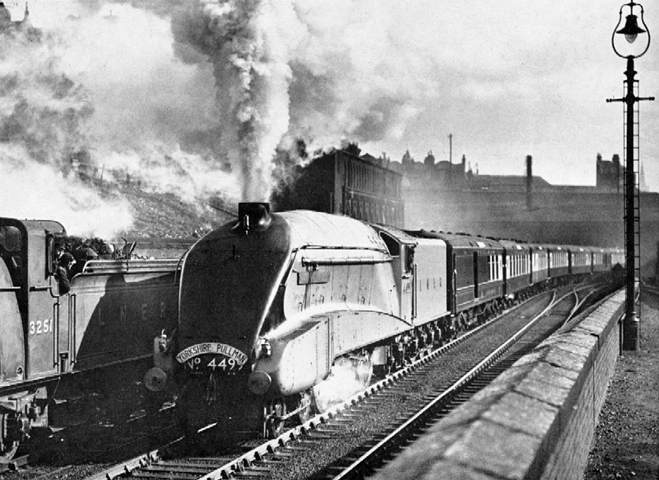 Below. LNER Class A4 4499 climbing out of King’s Cross at Belle Isle with the Down Yorkshire Pullman. 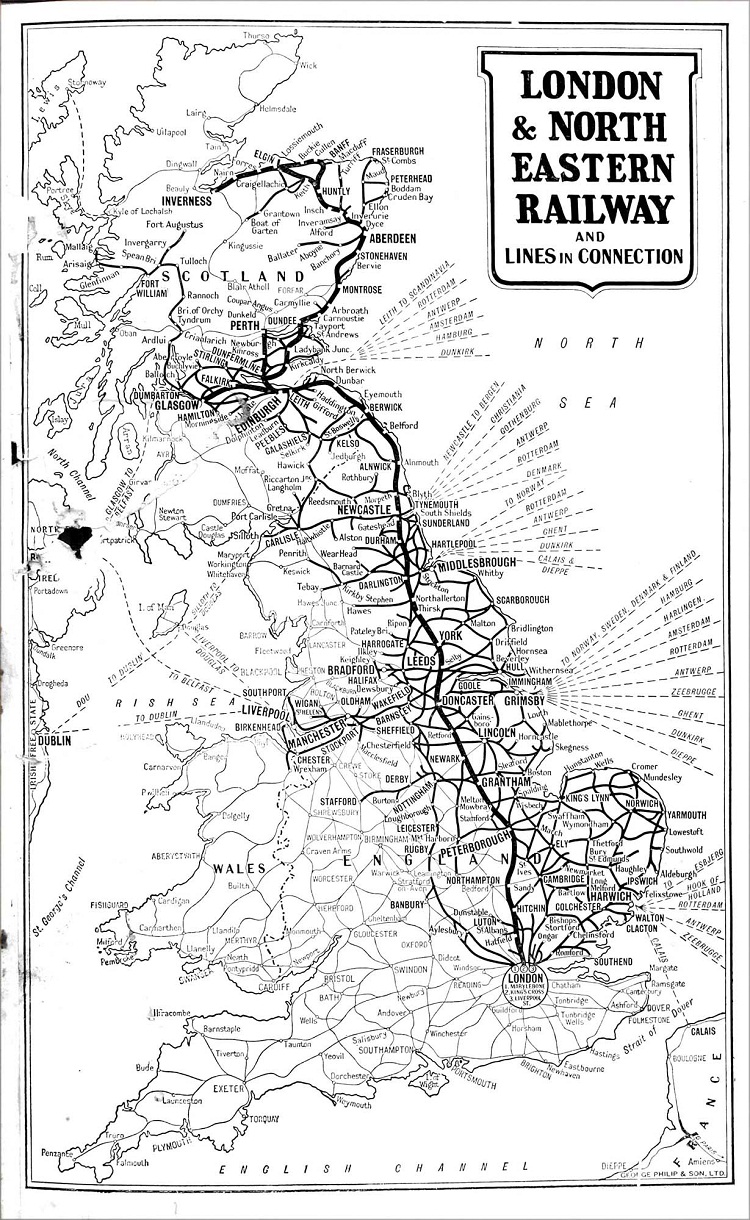 The LNER system, as shown in the 1924 summer timetable. Not just an east coast railway company.