Regular Newsletters have been a feature of the Society since its formation in 1965.

The present series of Journals began in 1997 and the series from No. 1 to No. 52 (Autumn 2011) is now available, fully cross-referenced on data CDs, to members only. It contains a wealth of information on many different aspects of the LNER.

Below is a summary of the most recent journal content, newest first. 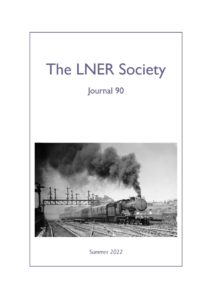 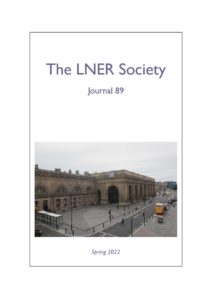 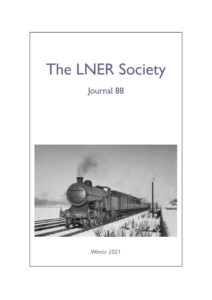 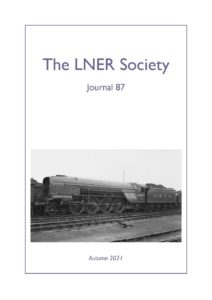 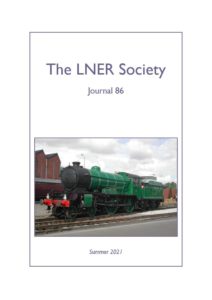 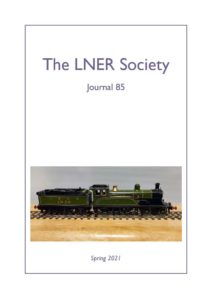 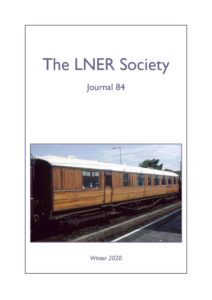 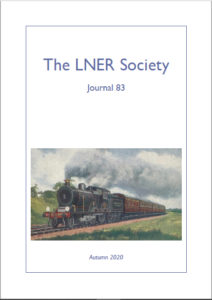 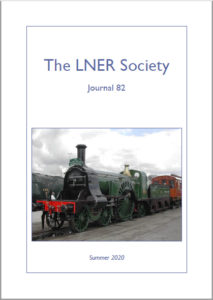 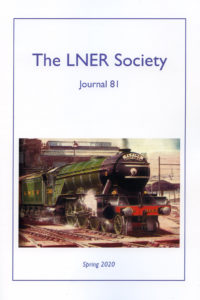 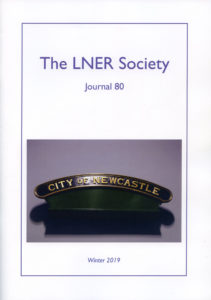 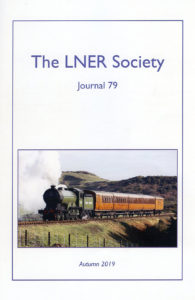 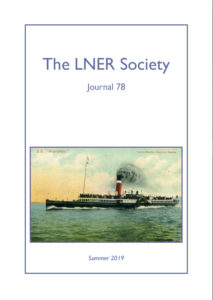 This edition includes the following articles: 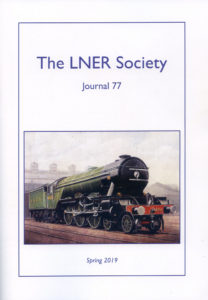 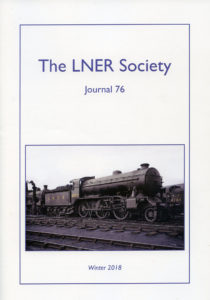 This edition includes the following articles:

(The following is an article first published in Issue 3 of the LNER Journal and reprinted with the permission of the author.)

It would appear that the LNER was alone in providing travellers with movie entertainment on long journeys – something quite common-place nowadays on long-haul jet flights and coach journeys. The earliest indications are shown by the illustration in the Nigel Harris book “LNER Reflections” which, if the caption is to be believed, dates from 13 Feb 1924, stating it to be a conversion from a saloon vehicle.

Looking closely at the photograph of the vehicle the No. 6 can be seen in two places on the side of the coach which could indicate that it was the 1912 1st Saloon of 52′ 6” length built to GNR Dia 45C. (See Appx..3. ‘Gresley’s Coaches’, Harris M). This would seem to support the photograph for obviously the coach is not a standard 61′ 6” length.

This was of course the era of the ‘silent’ films and the passengers would have to wait another four years or so before the sound stripe was added to films. (I believe the famous Al Jolson starred in one of the very earliest sound films). So far no evidence has been found to confirm that the vehicle was attached to the ‘Flying Scotsman’ of the period, which at that time would be a mixture of East Coast Joint stock – the new ‘Flying Scotsman’ set being a few months away.

We are more certain however, of the later use of a cinema coach by the LNER in 1935 when passenger brake van No. 4040 Dia. 113 was converted with a sloping floor, back projection equipment and cinema type seating for 44 persons. The seats were in pairs each side of a central gangway and steam heating was provided. After a demonstration run on the 10.10 am Kings X – Leeds, instructions were given to operate a three-months trial during the Spring of 1935. An agreement was subsequently reached with Pathé Equipment Ltd., that the LNER would provide the vehicle and a passenger attendant, and Pathé  would provide the projection equipment, screen, seats and a projectionist.

The first cinema service commenced on 27th May 1935, when No. 4040 was attached to the 10.10am Kings Cross – Leeds set, returning at 3.10 pm. The programme of news items, sport, Royal visits, comedy etc lasted for an hour, and cost the passenger 1/- (incl. Tax), with two performances in each direction. How frequently the programme changed is not known, but in keeping with the regular cinema newsreels it may have been weekly or fortnightly.

The travelling cinema enjoyed a degree of success and approval to convert a further Dia. 113 brake van No. 4041 was given in November 1935, building on experience gained with operation of the first coach. Initially 52 seats were provided, later reduced to 48, and improvements were made to the power supply, heating and interior decor. This vehicle went into service on 2 March 1936 on the 9.0 am Leeds – Glasgow, working as far as Edinburgh, where it arrived at 1.35 pm. The train make-up comprised Brake/1st; Semi-Open 1st; Restaurant 3rd; Open 3rd; Third; Third; Brake Composite (ex-0805 Sheffield); plus the Cinema Car and a Brake Van (ex-0445 KX) which were detached at Edinburgh. The remainder of the train then went forward to Glasgow arriving at 2.55 pm.

The detached Brake Van left for York on the 2.30 pm train, to be forwarded to Kings Cross at 10.20 pm and meanwhile the Cinema Coach awaited the 4.00 pm return working from Glasgow, departing Edinburgh at 5.10 pm. The returning Brake Composite vehicle was detached at York to join the 10.13 pm for Rotherham, with departure from the latter town to Sheffield at 11.45 pm.

Initially the cinema coach proved popular on the above services and a typical programme handbill is reproduced on the rear cover, although exactly which service they applied to is not evident.  The original is printed in red on white. Another similar handbill also printed in red is to be found in the PRO, Kew (Rail/399/02) dated 16.05.38 quoting performance times which correspond with the 1.13 pm service from Doncaster – Kings Cross and the 7.15 pm return working, to which No. 4041 was transferred from 3 May 1937.

The LNER – Pathé agreement was extended from 1935 onwards but declining demand for the service appears to have determined the fate of the Cinema Cars at the end of their journeys on 25 September 1938, when they were withdrawn.

The two vehicles bore red painted roof mounted boards, with block white lettering reading LNER/PATHE CINEMA COACH, which apart from a programme notice gave the only indication of their function. Both vehicles had originally been built at York around 1928/29 and were finally converted back to normal passenger brake vans in December 1942. They finished their working days as Nos, 70162/3 under the 1943 renumbering.